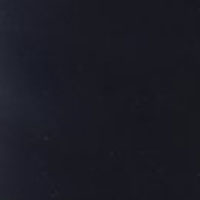 Smell the Glove (Polymer, 1982): The band’s 14th album, rated B+ by Entertainment Weekly. The U.S. tour to support the album was the basis of Marty DiBergi’s documentary, "This is Spinal Tap." Also known as the Black Album after Polymer bowed to demands from retailers such as Sears and K Mart to block out the "sexist" cover. The original cover depicted, in the words of Polymer rep Bobbi Flekman, a "greased, naked woman on all fours with a dog collar around her neck, and a leash and a man’s arm extended out up to here holding on to the leash and pushing a black glove in her face to sniff it." The band had considered the cover a gag, with Ian noting that their original concept included something much more provocative than a glove. David: "You know, if we were serious and we said, ‘Yes, she should be forced to smell the glove,’ then you’d have a point, but it’s all a joke." Nigel: "It is and it isn’t. She should be made to smell it, but..." David: "But not, you know, over and over." After seeing the Black Album for the first time in Milwaukee during a sound check, the responses ranged from Ian’s "simple, beautiful, classic," to Nigel’s "It’s like a black mirror" to David’s "It looks like death" to Nigel’s "How much more black could this be? and the answer is ‘None. None...more black’ " to David’s "This is something you put around your arm. You don’t put this on your fucking turntable." Ian, nevertheless, declares the album as a "turning point." The black cover has often drawn comparisons to the Beatles’ "White Album," as well as their infamous "Yesterday and Today" butcher cover. See also America; Japanese tour, 1982; Metallica; Tap Into America; Zappa, Frank.

Thanks to Scott Piehler for the image on right, which first appeared in an advertisement in Billboard
click here for another random entry